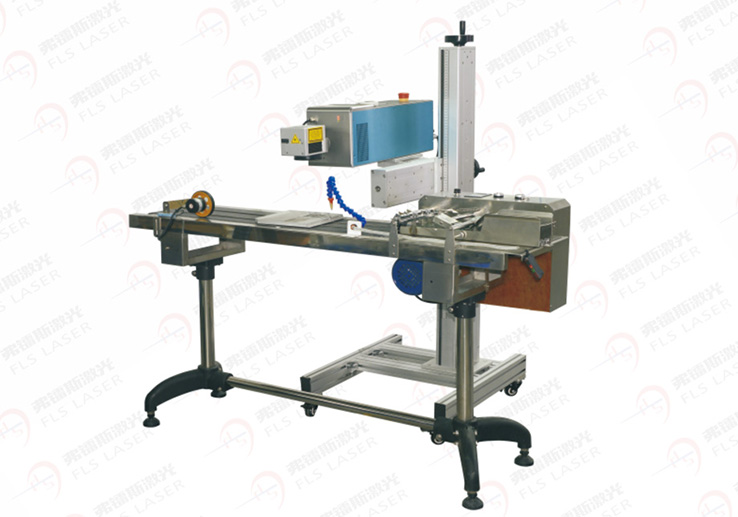 After the metal is heated to the melting point, the color of the surface changes after the metal re-solidifies due to oxidation of the metal or incorporation of other impurities. For example, the color of the mark produced by some steels after melting will be darkened, and when the surface has a layer of oil film, a mark with a large contrast will be produced on the surface. Laser marking can also be performed using this method. This type of marking method has great advantages in some applications because there is no change in the surface profile of the metal before and after marking. For example, medical bone slabs, artificial spinal connectors, cardiac pacemakers, etc., are required to be as smooth as possible, so it is best to use this method for marking. The method of melt marking is also suitable for some plastic materials. When they melt, they form grooves on the surface or change the structure of the remaining faces.

Most materials evaporate and vaporize when their surface temperature is above the melting point. For example, metal materials such as steel, aluminum, titanium, copper, etc., when the Nd; YAG laser beam moves on its surface, the surface is easily vaporized to form a groove, thereby producing a marked mark. The engraved laser marking machine is marked in this way. In the process of vaporization marking, the energy density of the laser beam is generally low, and does not cause perforation of the workpiece to be processed. The mark produced by vaporization marking is deeper and can be easily distinguished by the eyes. Masking method When marking paints, oxide layers and some plastics, some materials can also be removed by vaporization to achieve the purpose of marking.

Most materials (especially some non-metallic materials such as plastics, paper, rubber, etc.) undergo chemical changes in the material itself, which can cause the surface of the marked workpiece to change color or brighten its surface. Therefore, this mechanism can be used for marking. This change in the color of the material during laser heating occurs only in the surface layer of the material, due to changes in the metallographic structure of the metal or changes in the chemical composition of the nonmetal. It is generally difficult to predict the color of these materials, especially plastic materials, when the laser is applied. Sometimes the same type of plastic produced by different manufacturers will change into different colors. Mask type laser marking machines are mostly marked in this way. The marking method requires a lower power density, and the temperature of the marking portion is below the melting point of the material, and the deformation of the material caused by the marking is extremely small, and is suitable for marking the laser on the non-metallic material.

1. It can perform high-resolution micro-marking, which is difficult to achieve by other marking methods. The marking speed is fast and the repeatability is good.

2. There is no mechanical pressure and mechanical deformation on the surface to be processed, no pollutants, no corrosion.

3. It is superior to traditional marking technology in marking quality and flexibility, easy to automate, and is especially suitable for use on large-scale production lines.

4, a wide range of applications, almost all of the material surface with permanent marking, such as a variety of metals, hard and soft plastics, a variety of hard alloys, ceramics, glass, tape, composites and silicon; There is no limit to the shape of the surface to be machined, and it can be either a flat surface or a curved surface.