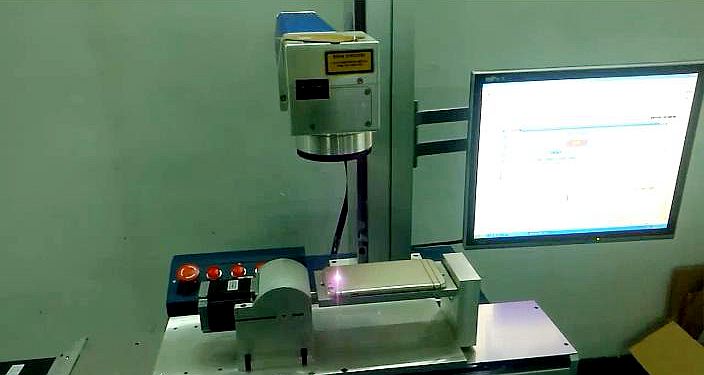 Since the birth of the first ruby laser in 1960, the exploration of laser technology has never stopped. More and more people are known for their superior characteristics, and more applications will be discovered, especially in the industrial fields that are sensitive to high technology. It can be said that at the current stage of the development of human society, industrial demand is the most powerful driving force for social development. Lasers have been used in industrial processing for more than 20 years, and the depth and breadth of laser applications in the industrial field have reached an unprecedented stage.

2. Development of the laser processing industry

At the beginning of the first laser, the power was low and the system as a whole was large, so it could not be directly applied to the industrial processing field. In the following decades, with the development of laser technology, the emergence of new laser media, breakthroughs in laser technology bottlenecks, lasers have made great progress both in depth and breadth. Lasers are used in many applications in the industry, such as: laser printing, burning, marking, engraving, welding, cutting, texturing, resistance, welding, etc., and have great potential.

From the 1980s, from the depth point of view, the development of the laser processing industry has gone through three stages:

The first phase is the nanosecond laser application phase. The nanosecond pulse obtained by the Q-switching technology has a peak power much higher than the average power, which can achieve a high instantaneous power density that cannot be achieved by a continuous laser, thereby instantaneously exceeding the material destruction threshold and achieving an etching effect.

The second phase is the beginning of this century, SESAM (semiconductor saturable absorption mirror) makes the picosecond laser technology develop rapidly and is quickly applied in industry. Picosecond lasers have traditionally been mold-locked by dyes, but the dyes need to be recycled and often bleached easily to affect the stability of the clamping. SESAM not only replaces the dye for mold clamping, but also enables self-starting. In this context, many commercial industrial grade picosecond lasers have emerged.

However, the real fine processing is achieved under the femtosecond laser, which is the third stage we are talking about. Let us first look at the interaction mechanism between laser and solid:

(1) The laser first excites solid electrons, which absorb energy of photons and transition to high energy levels in 100 femtoseconds;

(2) Since the temperature of the electron relative to the crystal lattice is higher, it is in a non-equilibrium state. In order to reach equilibrium, the electrons will transfer energy to the lattice in 1 picosecond;

(3) In 10 picoseconds, this energy will be gradually transferred to the inside of the material.

Therefore, for picosecond laser processing of about 10 picoseconds, the material has enough time to transfer heat to its interior, and then etching occurs, so the thermal effect is virtually unavoidable. For femtosecond lasers, the pulse action time has actually been less than 1 picosecond, and the electrons do not have enough time to transfer energy to the lattice. Thereby, a large amount of plasma is generated on the surface of the material, and the energy is dissipated along with the removal of the material, so that a strong etching effect occurs. That is to say, when the laser pulse width is much smaller than the heating time of the crystal lattice, the ablation time does not depend on the laser pulse width.

First, since the picosecond laser cannot completely avoid the thermal effect during processing, does it have no meaning for fine processing, or has lost the value and necessity of existence?

of course not. Although picosecond lasers cannot achieve fine cold working, they are relatively inexpensive compared to femtosecond lasers, and have a relatively simple structure and high power. Therefore, for such an ultra-short pulse technology, how to make full use of it is worth thinking about. At present, it is worthwhile to learn how to use the picosecond laser to triple the frequency and use ultraviolet light to “photo-etch” the material. High-energy photons directly destroy the chemical bond of the material through “cold” treatment, thus reducing the thermal effect of processing. To achieve "cold" processing. At present, the system has great advantages for the processing of transparent materials.

In general, the shorter the pulse width, the harder it is to obtain a high average power, so in this respect, the short pulse is at the expense of the average power.

In addition, the narrower the pulse width, the larger the spectral width, and therefore, the chromatic aberration also affects the processing effect.

The second is the effect of wavelength. For general materials, the wavelength has little effect on the etching effect. It is only considered when processing transparent materials (such as SiO2), and the wavelength problem should be considered. As mentioned earlier, transparent materials have a strong absorption of ultraviolet light and high transmittance for visible and infrared light. Therefore, the triple frequency of the ultrafast laser is usually used for processing. For a few tens of femtosecond lasers, the spectral width is 20 nm or even 50 nm, so the triple frequency efficiency is very low. The picosecond laser can achieve a higher triple frequency output.

The frequency will affect the processing speed. Generally speaking, the higher the better, but usually only the oscillator is about 80MHz, and the oscillator's single pulse energy is too low, so it needs to be amplified. The frequency of the amplifier generally ranges from 1KHz to several hundred KHz.

Therefore, for ultra-fast laser processing, it is not necessary to blindly pursue ultra-short pulses, and it is necessary to look at actual needs. And the femtosecond laser with extremely short pulse and high power is expensive. In terms of current fine processing requirements, the Baifei second-class, hundreds of KHz frequency lasers should be sufficient for the usual fine processing requirements, and the laser uses a fiber laser oscillator to achieve long life and maintenance-free. A bright spot. The index, price, stability, and overall cost performance, the laser is very good.

In the past two years, femtosecond laser technology has been rapidly improved, China's economy has also developed steadily, and more advanced products from abroad have poured in.

In terms of software, ordinary marking software can no longer meet the demand. There are many problems that need to be considered under nanosecond pulse marking, how to overcome the first pulse, corner leakage points and so on.

In terms of hardware, since the positioning accuracy of the best galvanometer can only reach ten micrometers, it is difficult to perform more precise processing. Therefore, a slower and highly accurate displacement platform is usually used to build the system with high precision displacement. The platform enables precise control at the nanoscale. At the same time, the design issues of the optical system and the focusing system should be considered to correct aberrations and chromatic aberrations to achieve a smaller focused spot.

In addition, in order to meet different processing needs, we must also consider the problems of fixtures, processes and so on. For example, the processing of cardiovascular stents is cylindrically etched, so the software and clips have different requirements than planar processing, and are more difficult.

If the focal length is adjusted such that the center intensity of the focal spot just reaches the multiphoton ionization threshold of the material, the energy absorption and action during processing is limited to a small portion of the volume at the center of the focus, rather than the entire focused spot. region. In this way, a much smaller processing size than the focused spot can be achieved.

With the development of China's economic and industrial demand, fine processing has become a hot spot in the field of laser processing. At present, China's fine processing is still in its infancy, so it has two aspects:

First, the budding stage means immature. At present, there is no mature commercial femtosecond fine processing system in China. We need more exploration. Maybe we will take a detour in the exploration, but it will pay a certain price, but this is for the future. It is worthwhile in terms of the rewards that may be obtained. In order to avoid detours as much as possible and reduce unnecessary losses, more attention should be paid to methods and more comprehensive consideration. The problem of fine processing is not only the problem of laser, but the problem of comprehensive optimization of the system to achieve higher precision. The etching effect is the ultimate goal we pursue. There are already mature products in foreign countries, but not in China. The difference between them is not only lasers, but also process problems. Process research is a complex science, a complex system that requires the unremitting efforts of a team, such as the setting of software parameters and the attempt of process effects. Although the laser is a key component, it only limits the vision to the laser, and ignoring the integration and optimization of the overall system is our fatal injury.